If You Are Breathing, Anything Is Possible 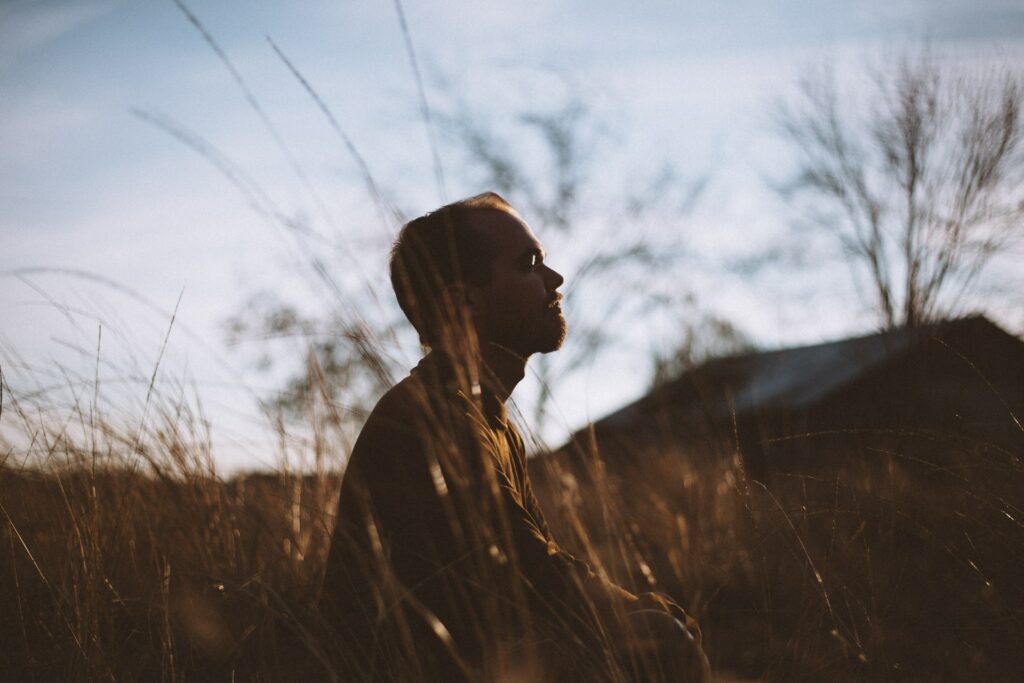 Financial situations can seem dire, but there is always a way out.

I had just finished a long phone call when I looked over the trading floor and realised it was nearly empty. Only a few people were in their seats, a long distance from me. Like me, they seemed to be trying to get things sorted before the next trading day.

The market had been pretty brutal.

We were right in the beginning phases of the Asian Financial Crisis, and I was on an emerging market desk. What I didn’t know at the time was that things would get much worse before they got better.

Isn’t that the way it always seems to go?

I looked at the time. It was creeping up to 9 PM, and I thought, damn it, it’s time to go home. So, I packed a bunch of stuff into my little rucksack of a bag and prepared to leave.

And I nearly made it too.

About two steps away from the desk, the phone rings again. I looked at it and thought, do I answer it?

I did want to know why someone was calling so late. This mystery tugged at me about the same amount as my desire to get back home to my wife.

In the end, the phone won the tug of war, and I walked back and answered it.

On the other line was my colleague and mate, Jack. Blonde, good looking, and extraordinarily sharp. But even more importantly, he’s determined. I used to admire his determination. Next to him, I always thought I was too relaxed, a reminiscence I from my Australian ‘she’ll be right, mate’ upbringing.

Jack: “Great, I knew you would be there; look, I need you to do a couple of things for me.”

Jack started to list off things he wanted me to do. Most of them were banal. Close this, finish that, check for something, etc. But one thing he wanted me to do was take down his bank details just in case anything happened.

And that’s when I just had this cold, cold feeling creep down my spine. It was there for me to see all along, but I was too tired and too focused on going home.

But the last request woke me up.

I realised all his requests were closures, wrap-ups, finalising things. And his voice didn’t sound normal. He sounded, well, for want of a better expression, he sounded sad.

We played this dance for a few minutes when he finally relented and told me the whole story.

He got himself into a little bit of trouble.

Actually, a whole lot of trouble.

He made a series of bad trades, covered them up, tried to make them back. From there, things only got worse.

$32 million worse. He was in the hole for $32 million, and almost everyone thought he was doing fine.

But not to worry, Jack had a plan.

Unfortunately, his plan was that he was going to kill himself.

And he told me—“I’m going to kill myself”.

Have I mentioned that he is bloody determined?

What then proceeded was a shouting match between him and me, yelling over the phone at each other over whether or not he was going to kill himself.

I remember looking around the trading floor and noticing that no one seemed bothered by me screaming into the phone, “NO, YOU ARE NOT GOING TO KILL YOURSELF.”

I knew screaming at each other wasn’t going to work. I had to be there with him.

Finally, I said, “don’t do anything; I’m coming around.”

And I hung up and ran for the elevator.

But it would take me 15 to 20 minutes by cab to get to his place. That left a painfully long window of time where he was alone with his own thoughts. And his plan.

And remember, this was the early 90s. We didn’t have mobile phones. Well, I didn’t.

We were truly out of touch. It was excruciating.

Luckily and by some grace, I got a cab straight away, and it was past 9 PM now, so traffic was ok. I yelled at the guy to get to the upper west side as fast as possible.

Credit to the guy; he did go fast.

During the entire car ride, I remember just repeating to myself… “oh my god, oh my god.”

I’ve no idea how to handle these situations. I wasn’t trained for this. I had no idea if I had done the right thing. Should I have stayed on the phone? Should I have sent someone else?

Had I made a huge error? What was going to greet me when I arrived at his apartment?

Was I prepared to see a dead body when I arrived? The dead body of my friend?

No, I was pretty sure I wasn’t prepared for that. But what choice did I have?

I already had the fare ready when the cab pulled up—$20. And I just threw it at him for the $10 cab ride.

I ran to the elevator and kept hitting the up button as if more hits would make it come quicker.

I got in the elevator, hit the floor number and waited as it SLOWLY ascended to the correct floor.

I’ve been to Jack’s apartment before. I knew where to go.

I walked up. I decided that I was going to enter.

The door was unlocked.

I opened the door, and I walked in.

I would like to say I bravely strode into the apartment. But I’m pretty sure that was the most scared I’ve been in my life.

I very meekly walked in.

And the place was bloody silent. No TV. No radio. Just dead silence.

The place was a mess. I took this as a good sign.

I thought he wouldn’t kill himself before giving the place a thorough clean. Yes, I was clutching at straws.

And that’s when I saw him.

He was just standing in his room, staring at me.

Jack: “You really fucked this up, you know?”

I remember it clearly. He ended up hugging me and sobbing.

He was sobbing that he ‘screwed up everything’.

I kept telling him that it was ok and that we could fix it, whatever happened.

I would help him with his numbers, and the two of us would trade our way out of the quagmire.

I thought it was improbable that the boss would fire us both.

It would be better to get us to work correcting everything than just firing us both.

At least that was my gamble.

And it was a gamble that paid off.

We presented to the boss, and weirdly, while he wasn’t happy, he just wanted solutions, not problems. So, he just told us to sort it out.

When we got back to our desks, I went through his positions with the advantage that a new set of eyes brings to the table.

After analysing everything, I noticed that he had lost $28 million, not $32 million. I had to check it a few times, but sure enough, it wasn’t as bad as he initially thought.

It was a start. And perhaps most importantly, it felt like a win. We’d already started the ball rolling on recouping the money.

I told Jack, see, I already made you $4 million!

It ended up being a tough year, and we ended nearly flat by the end of it. Not much profit, not much loss. Certainly not $32 million lost.

As even the closest friends and colleagues do, we ended up drifting apart. We stayed in touch from time to time, but nothing intense. Not like the old days.

Jack ended up leaving Wall Street altogether. He went back to college and became enormously successful in a new career. Even more importantly, he found fulfilment in his new profession.

It’s amazing the twists and turns that life affords you.

Today, when I sit across a coffee or tea and listen to new clients tell me how terrible their financial situation is, my mind casts back to what happened that evening.

But, most importantly, I think about what didn’t happen.

Apart from being shocked, the most common feedback is how ‘non-judgemental’ I am or how ‘I didn’t bat an eyelid.’

I tell them, ‘You are breathing and sitting in front of me—anything is possible.’

That’s the ultimate feeling I have from Jack.

If you are breathing, anything is possible.

If you or someone you know needs immediate access to mental health support, you can access one of these free services. 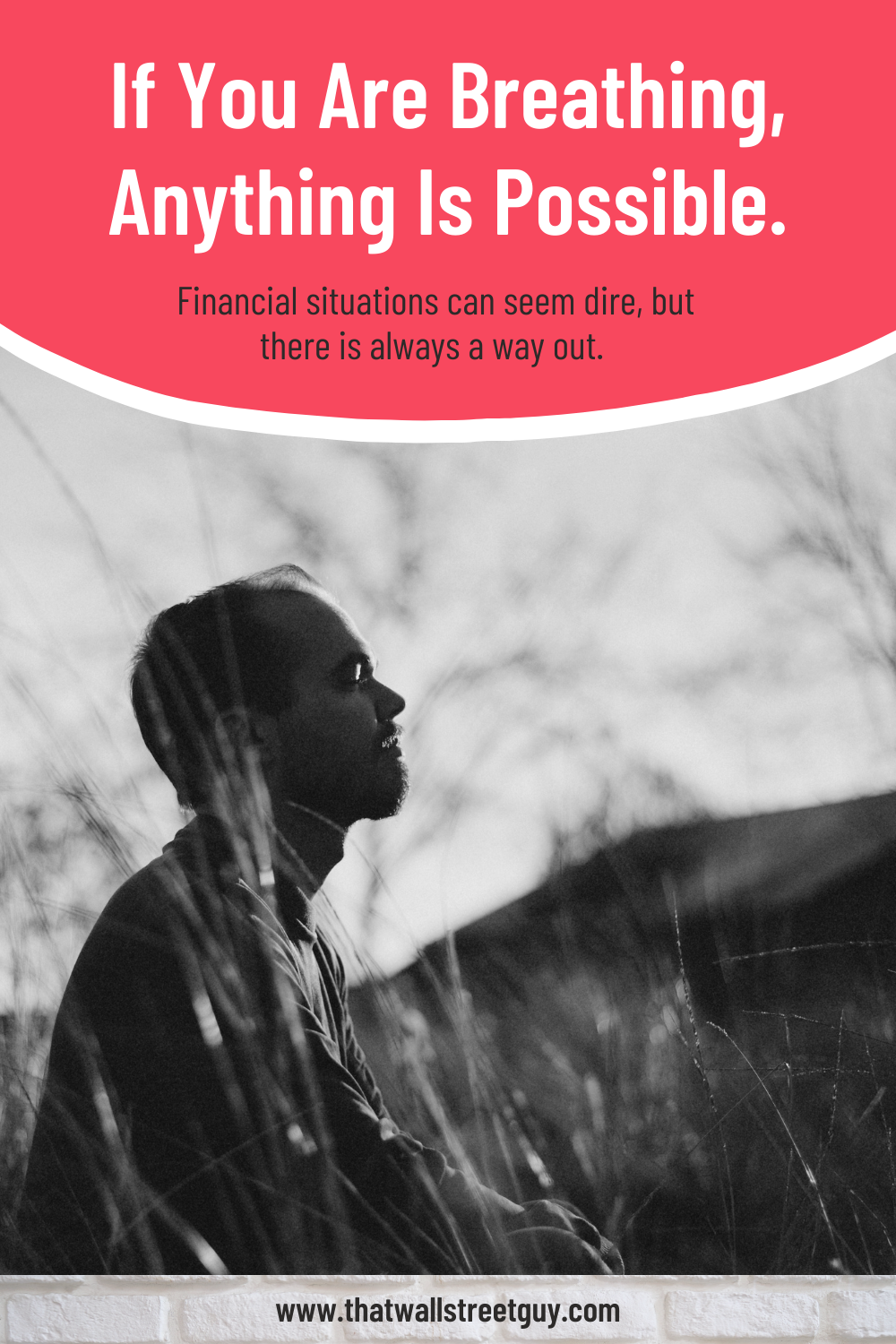