Is “Good Debt” a Real Thing? 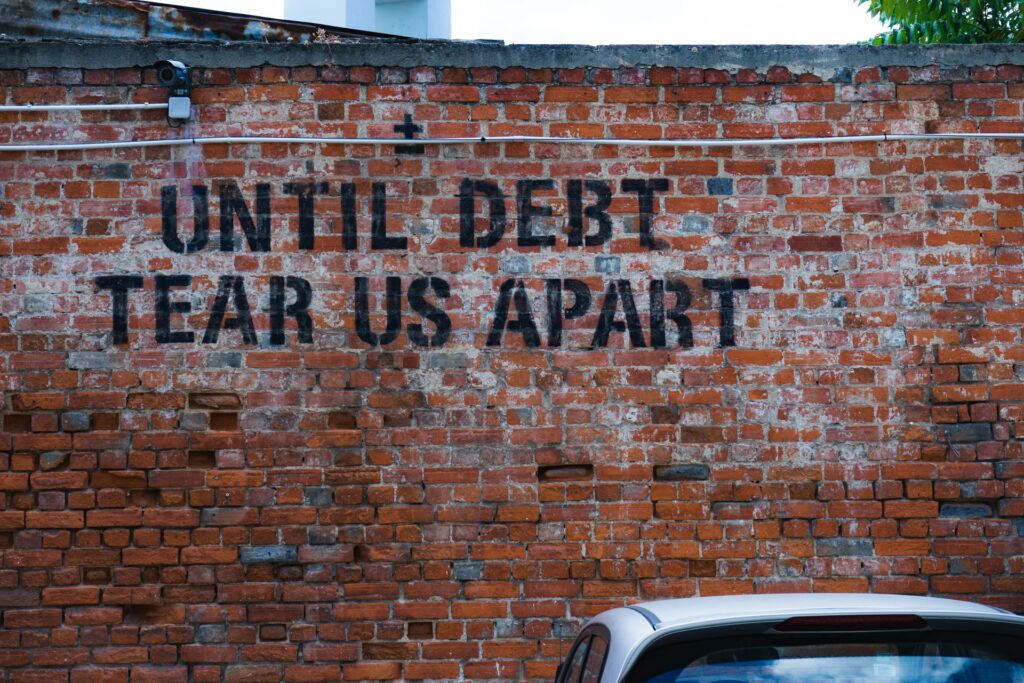 The media tends to say “not all debt is bad”. But should you believe them?

According to the ABS, 74% of Aussie households have debt, including home loans, credit card debt, and student loans. So, if that’s you, you’re not alone.

But if you’re looking at getting your finances in shape, one of the first things you should do is look at your debt.

Let’s start at the beginning.

A more complex, maybe a more nuanced answer is that debt is when you owe somebody something.

Debt occurs when someone lends you some money. It may be the government via student loans or a bank via a credit card or mortgage. But people don’t like to lend money for free.

When you have a debt, you owe the principal (the original owing amount) plus interest. It’s the interest part that’s very important.

Interest can vary incredibly. Interest rates are dependent on the perceived riskiness of you as the borrower.

Mortgage debts tend to have a lower interest.

Because you’ve got a house as collateral. The collateral is what the lending institution (such as a bank) can claim and effectively take from you should you default on your debt.

If you’ve been watching the news over the last 25 years, you’ve probably seen house prices continuing to rise. That means that you can always sell the house to pay the debt if you can’t pay your mortgage.

Banks feel much safer with that.

On the other side, you’ve got credit card debt.

Credit card debt is precarious for banks. Once you buy something on credit, that money’s probably gone (like buying food or drinks). The bank can’t access that to recoup their loss. That’s why the interest on credit cards is incredibly high—it’s risky and has no collateral.

It’s also why, when you hear about people getting into debt trouble, it’s usually via credit card debt. Credit cards have interest rates up to 30%, and Australians pay an average of $5.3 billion a year in just interest. Yep, that’s not even paying back the debt.

If you have a credit card and can only make minimum payments, your debt will skyrocket.

Is there such a thing as good debt?

I know I said debt is bad, but you may have heard the media talk about “good debt”. Although I don’t believe there is such a thing as good debt, there are varying degrees in how problematic a debt might be.

The best type of debt is debt that you use to buy something that increases in value. It can also be called an “accumulating asset”. Like a mortgage; that’s a classic example.

If you want to call debt good, a mortgage is probably a better type of debt.

Because you get to live in the place, have the security of owning a home, and it’s incredibly positive to your mental and financial wellbeing.

If there’s a debt I like, a mortgage is probably the only one. It also doesn’t hurt that mortgages have a low interest rate.

What are the other degrees of debt, and how problematic are they?

After accumulating assets, there’s debt on depreciating assets. These are assets that lose value over time. A classic example of that is a debt on a car.

A car salesman’s job is to make you spend—and probably spend more than you thought you would.

Unfortunately, even if the interest rates are now pretty low, that car will be worth less than you paid the second you drive it off the lot. It’s a depreciating asset.

And what’s worse than debt on a depreciating asset?

Debt on living; this is a huge problem and one I see more frequently. Debts on living are using credit when buying groceries, paying bills, and just getting through the day.

We all need to get through the day-to-day, and credit can be convenient for that. But once you lose it on living, it’s gone.

Debt on living is a sign that there’s a big problem with your finances.

And the worst type of debt?

If you’re starting to think about taking a credit card to pay for a trip to Bali, rethink it. Rethink it once, twice, THREE times. It’s probably the worst type of debt.

“”Loan consolidation is an everybody-wins situation.””

How can you avoid debt?

Avoiding debt in the ordinary world is exceedingly tricky; it’s part and parcel of the Western way of living.

I don’t like to tell people that to avoid debt, you need to avoid living.

Ever heard a financial “expert” say just cut back on your coffee to save money? I think that’s terrible advice.

For some people, coffee might be the only thing they buy for themselves all week. This advice makes it harder for people to get into a good financial mindset.

Instead, you should be very careful in the way you spend.

Be careful with how you spend.

One great way is to use cash. I also suggest people use a debit card instead of a credit card. These methods can help stop you from overspending.

Another problem is when people have multiple types of debt. They have a credit card debt, a mortgage, a car loan, a personal loan. Some are at 20% interest. Some are 30%, and others could be as low as 10%.

There’s an easy way to avoid getting into more debt with multiple loans.

Reduce your interest and repayments with consolidation

There will be institutions, like banks, that can consolidate all your loans into one. Then you only have one debt with a single interest rate.

Loan consolidation is an everybody-wins situation.

That institution will benefit from the interest payments you’re making. They win. You win because you’re paying less money.

Say you have 3 types of payments going out: a credit card, a personal loan, and a car payment. Let’s say that’s $1000 a month.

By consolidating that loan, you may be able to bring that down to $500 a month—a vastly reduced payment and an excellent cash flow improvement for you.

The bank that’s taken you on is now getting $500 out of nowhere, so they win.

If consolidating your loans seems overwhelming, talk to a financial advisor. They will help get you into a position where your cashflow and day-to-day living is much better.

But these two points still come down to the one essential way to get out of debt.

More money in and less money out.

When it comes to debt, the only way to beat it is by bringing more money in than you send out.

But, as I said, this shouldn’t come at the cost of living.

I guarantee this will work with anyone. It happens with me, and it happens with the most frugal and the most spend-thrift individuals I’ve worked with.

There will be areas that you can cut back on that will have no (or negligible) impact on your life, but you’ll find that you’re spending a little bit too much money and not getting the value.

Looking at your monthly expenditure is an exercise we don’t normally do. It’s a pain, but it can be one of the most powerful ways to consolidate your cash flow and the way you spend money over time.

Analysing your expenditures and making changes will have a big benefit, especially if you use that money to pay down debt.

For example, you might find that you’re spending $100 somewhere on something that doesn’t have much impact on your life. You can cut that spending and use that $100 to pay down your debt more quickly.

Ultimately, debt is part and parcel of life; it’s beneficial to use as a tool, but don’t become dependent on it.

When it comes to debt, don’t forget…

For more tips on debt and financial management, sign up for my email newsletter below.